Getting Out to Check it Out at Two Goats Brewery by Cathy Moskal, Innkeeper 1922 Starkey House

The lake glistened, the weather was marvelous as my friend Ellie and I set out to explore the east side of Seneca Lake.
After having a great lunch at the Ginny Lee Cafe, we stopped at Hazlitt Winery to taste some really good whites, then went down to see the lake view at the
Two Goat's Brewing located in Hector, NY.
1922 Starkey House has been nicely busy and this was the first chance I have had to get out and tour around for a little bit myself! The brewery is located exactly across the lake from the Starkey House, about a twenty-five minute ride, and I was able to see Starkey Point from the high deck. 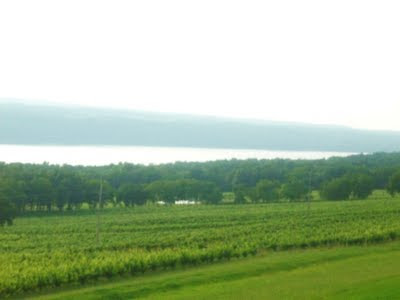 Though you can't really see the point here because of the haze, it jets out a bit and can be seen easily on a clear day from Hector.  Starkey Point was once named Brewer's Point and owned entirely by C.Raymond Brewer, the original builder and owner of 1922 Starkey House.

Seneca Lake from the east taking on a pinkish hue as it often does towards the evening. 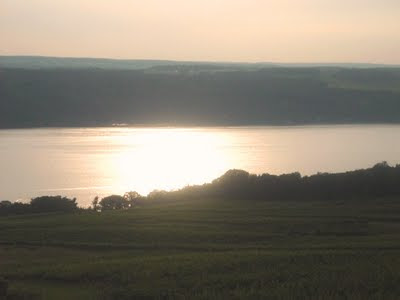 Ellie and I liked the darker brews Two Goats had to offer. I will stop back another time to check out the music on their open mike nights.

For now I am back to my preparations for this week's guests.
There is a room for a last minute reservation.


Check out it out by going to www.1922starkeyhouse.com or click at the top of this post to
check availability for your dates.
Posted by Unknown at 1:17 PM